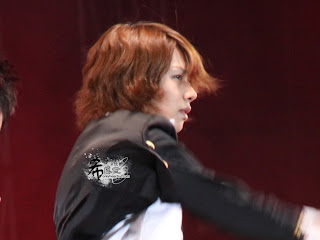 It’s really….
The pictures are actually very well taken (-┏)
That’s why I’m on a diet
The forgotten jawline has been rediscovered

Me: I want to make a video on dieting

Me: Lost 5Kg in a week~ I’ve now slimmed down from a double chin to single chin

Since my room is a bit far from Teukie’s room, I’d only bumped into him yesterday after a long time..

Teuk : Ya! Why did you become like this !! Don’t go overboard with slimming down;;

Me: I want to be as slim as I am in the past ㅡㅡ Now, I’m only a pig that is acting

Teuk: You’re really intense;; Even though it’s already understandable when you quit drinking and smoking;;

At the moment, Heebum’s also dieting with me.

Source: Heenim’s Cy.
Translated by: Cinderella @ Sj-World.net
May be taken out with full credits and do not add in yours!
Tags: Cyworld, Kim hee chul
Share
Previous articleNext article