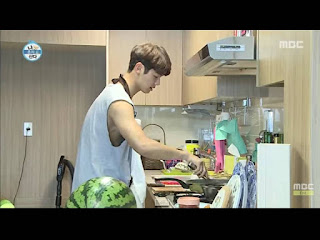 CNBLUE's Minhyuk is now a regular cast on MBC's 'I Live Alone.'
Since Minhyuk's appearance on the show was a success, it was decided that Minhyuk will be part of the show for good. On the show, Minhyuk's supporters will be able to see to his activities in and out of his home.
Haven't seen his footage on the show, watch below: