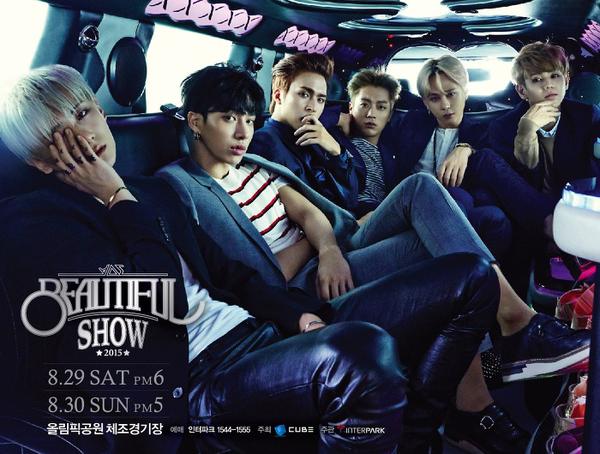 BEAST announce their '2015 BEAUTIFUL SHOW' solo concert which is happening in Seoul next month.

The boys have just released their 8th mini album "Ordinary" and MV for "YeY" and will embark on a full scale promotions. On top of that they are also about to treat their fans new performances at their upcoming concert.