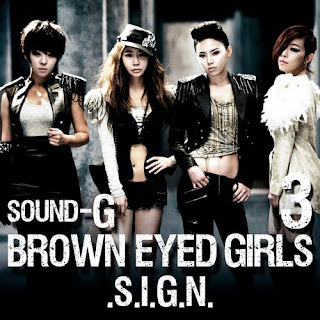 Not long after the audio preview of Drunk on Sleep was revealed, the full song from Brown Eyed Girls' upcoming repackaged album "S.I.G.N" has been released.

After a period of time wherein Brown Eyed Girls promoted only upbeat, dance songs such as L.O.V.E, How Come, and, of course, the ever-so-popular Abracadabra, Drunk on Sleep, which is nostalgic of their earlier works, is refreshing to hear among the abuse of autotune in contemporary Korean music. However, if you are like me and have followed Brown Eyed Girls closely since their debut album, the track is definitely nothing new from the talented foursome.

Nevertheless, new and old fans alike will be able to appreciate what Brown Eyed Girls have to offer with the new ballad that flaunts the three vocalist's incredible singing talent, which many may not have recognized before.