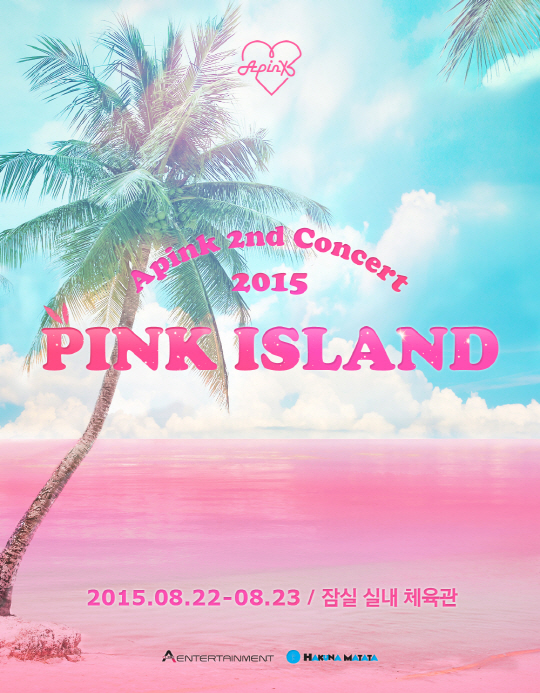 A Pink has released the official poster for their upcoming solo concert in August.

The concert is titled 'Pink Island' and will take place at Jamsil Indoor Gymnasium on August 22nd and 23rd.

As A Pink's first concert tour achieved a great success so many fans are very looking forward to the concert this time.  They will not only perform their past hit songs but also include performances from their latest album 'Pink Memory'.

The ticket sale will be opened via Interpart on July 27th at 8PM KST for fanclub members, while non-fans can purchase the tickets on July 29th at 7PM.